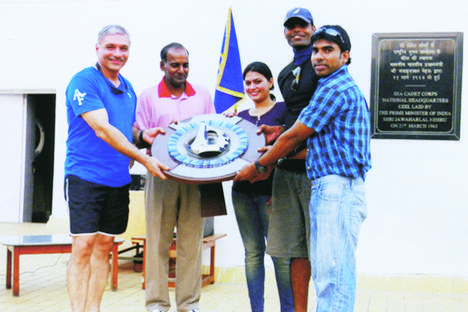 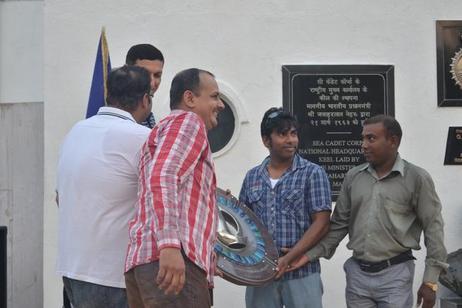 The Memorial Trophy being presented by Vice Admiral AR Karve, AVSM, Chief of Staff, WNC to the winners of Seabird Class, all of who are ex- Seacadets! 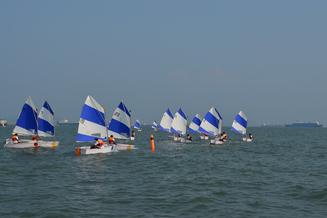 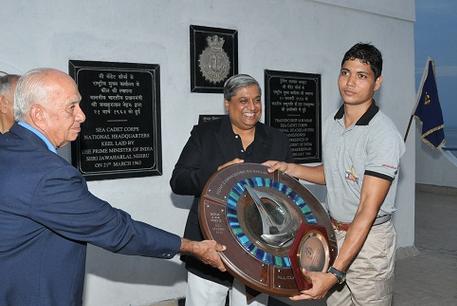 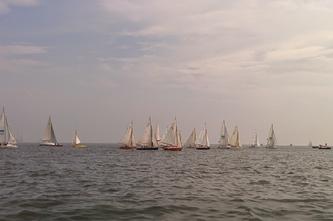 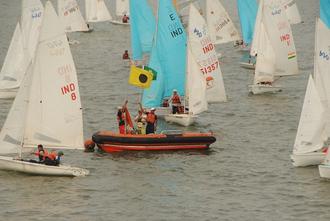 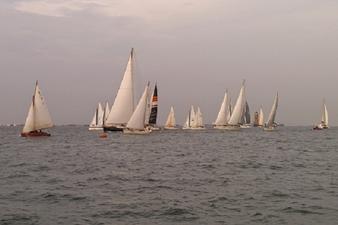 Memorial Regatta was started in 2012 to commemorate the Birth Anniversary of our beloved founder Honorary Commodore Gokaldas Ahuja. It is sailed in the Mumbai harbour with an aim to share the love of the sea of our founder and give an opportunity to enthuse all young and old sailors to race in the harbour.

​   The late Honorary Commodore Gokuldas S Ahuja (working with an American company in the 30's) took to sailing in Karachi in the latter half of 1930.With the assistance of number of ex pats living in Karachi, he built a wooden sailing boat and enjoyed the recreational and challenging aspects of sailing.This led to the formation of the Karachi Sea Scout Group on 13th May 1938, to involve the youth in water based activities and to instill in them watermanship and the spirit of adventure.

The partition resulted  in number of Sea Scouts migrating to Bombay and with the assistanve of the Indian Navy; the Sea Scouts functioned from the Naval Dockyard.In 1951 the Sea Scout Group became the SEA CADET CORPS and commenced training at INS Angre and from 1956 at INS Kunjali.

Mr. Ahuja acquired a Merlin Rocket Dinghy in early 1950, in which with another colleague he sailed around Bombay.Starting from the moorings off the Gateway to Butcher Island , up the Thana Creek , on to Bhayander and coming out at Vasai Creek for the sail back passing Manori,Bandra,Raj Bhavan and on to Prongs before reaching the moorings - a 14 hour sail.

He acquired a Seabird (S14 PENGUIN) which he and Sea Cadets extensively sailed and raced in.The Sea Cadets were privileged to use Naval Cutters & Whalers in the early 50s and many sailing trips were made to Mand3wa in those days. The Corps acquired two sharpies and Two Lightings class of boats and took active part in the extensive sailing Programme of the Royal Bombay Yacht Club,the Navy ,the Training Ship Dufferin and the Sea Cadet Corps participating.many trophies were won by Sea Cadets.

Training ship JAWAHAR was commisioned on the waterfront near Pilot Bunder,Colaba as the National Headquarters of the SEA CADET CORPS in February 1966.This provided  a great impetus to the young members of the Corps to take to active dinghy sailing & racing for the challengesand thrills it provided .The International cadet Class ( a 2 person ISAF recognized youth dinghy with 3 sails) for those below 18 years paved the way for competitive sailing.

To introduce SQUARE RIG SAILING of bygone days, a BRIG was built in Bhavnagar and fitted out in Mumbai in 1981. Hundreds of Sea Cadets and Naval Cadets experienced off shore sailing and nimbly climbed the 70 foot masts to set sails on our Sail Training Ship VARUNA on her voyages to Goa on number of occasions and to Colombo.She sailed to AUSTRALIA with a NAVAL crew and 2  Sea Cadets in 1987.

On saturday afternoons and on school holidays ,over 50 cadets get to sail at least for 75 minutes each.The Corps was donated a 38 foot sailing Catamaran JAANU last year by an ex Sea Cadet and the older Cadets have taken to not only sailing the cat but also learning practical seamanship and other nautical pursuits.

A BOAT - sailing, pulling or any craft is a means for instilling skills,values and a sense of responsibility into thousands of young boys and girls in the Sea Cadet Corps.

Honorary Commodore GS Ahuja was born on 31st October 1908 and passed away on 12th October 1988 and his legacy continues.

​​The third edition of the Memorial Regatta was sailed on 16 November 2014 with 123 boats and over 275 participants. Two races were keenly contested in light to medium winds which was followed by prize distribution and tea on Jawahar. Vice Admiral Anil Chopra, PVSM,AVSM, ADC FOC-in-WEST and Trustee Chairman Sea Cadet Council along with Mrs Ragini Chopra were the Chief Guests. Commodore Gokaldas memorial trophy was presented to the winner of Laser Standard for the year 2014. 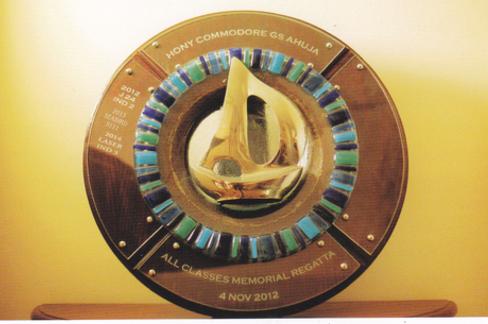 Was conducted on November 16, 2014 with 123 boats from 8 footer optimist dinghy to 50 foot Catamaran and Yachts with around 300 sailors participated with Racing on 3 courses.

Was conducted  on November 8,2015 with 238 boats and Yachts of all sizes, shapes and colours and from Sailing Clubs in Mumbai and also Bhopal, Pune and Secunderabad took part. 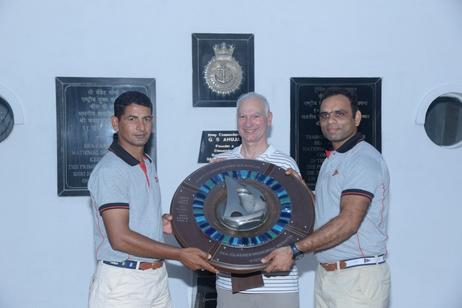