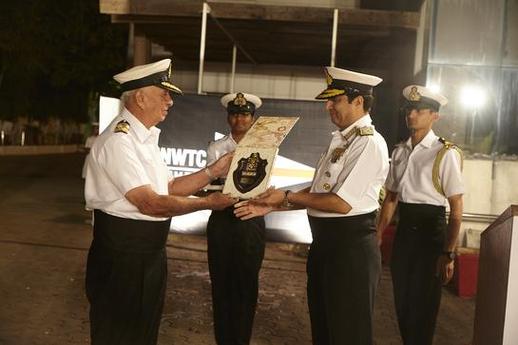 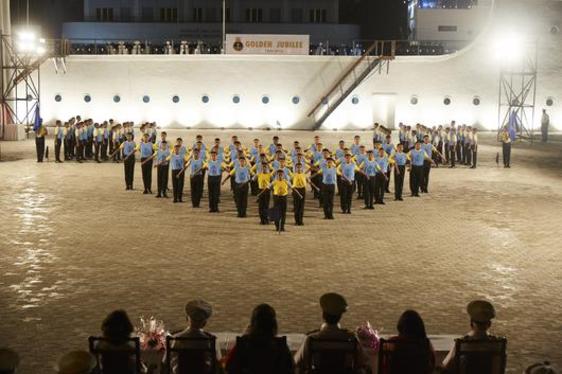 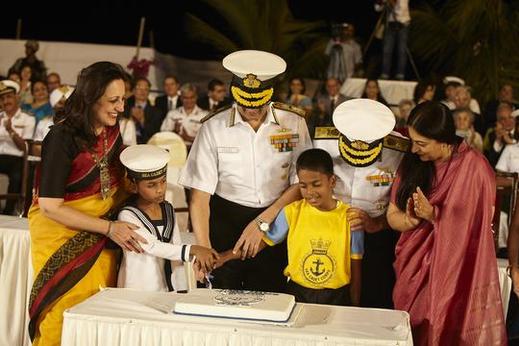 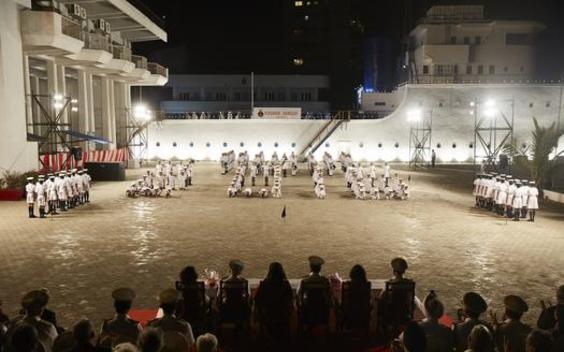 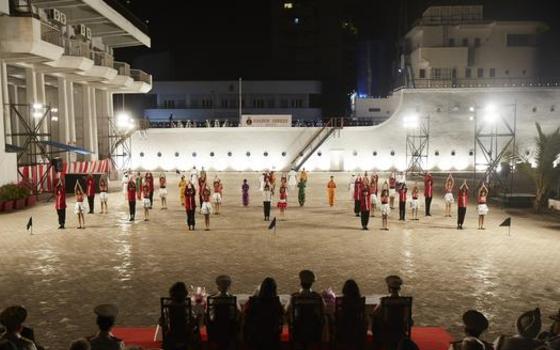 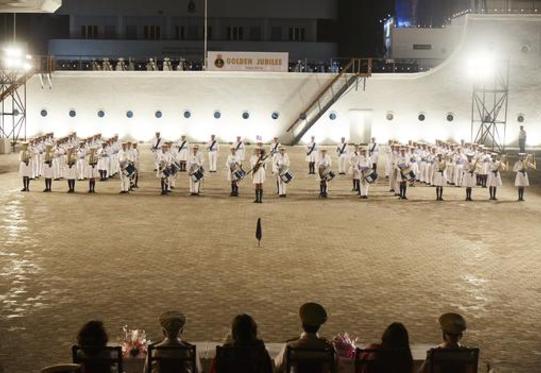 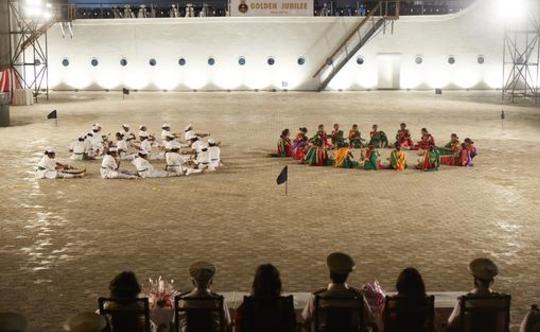 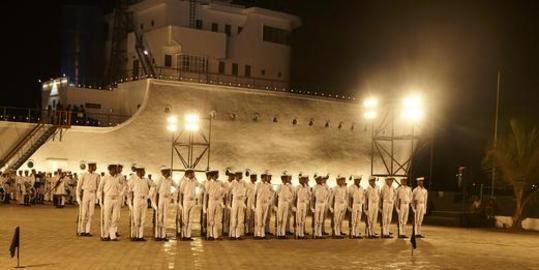 A home for this youth organisation was a greatly felt need ever since inception and re-location to Mumbai (then Bombay). The tireless efforts of the founder, Honorary Commodore ( then Captain SCC) G.S. Ahuja in securing land, raising funds and negotiating a host of government red tape bore fruit this day 49 years ago. Wave by wave over the years the Ship endured and set in motion the expanse it covers today whereby it proudly flies the Blue Ensign that 6000 young cadets all over the country look up and salute whilst 30,000 ex-cadets worldwide acknowledge the immense contribution to their lives for having been a Sea Cadet.

Pandit Jawaharlal Nehru, our First Prime Minister gave the impetus in his address to the Sea Cadet Corps in 1957 at Raj Bhavan and later laid the Keel on 21st March 1963 in the presence of the then Chief Minister of Maharashtra Shri Y. B. Chavan.

The then President, Dr. S. Radhakrishnan, Commissioned the ship on 10th February 1966. The Architect Messes K. R. Irani & Co. were entrusted the tasks of drawing up the building plans and the construction was carried out by Jolly Brothers Pvt. Ltd. The Training Ship with a Length of 250 feet and a beam of 50 feet stands today, 49 years later ever towering the waterfront in South Colaba as a landmark building.

Accolades were conveyed on the Commissioning. Defence Minister Y.B. Chavan stated “this institution, while moulding the youth into good and loyal citizens of the future, affords facilities for them to familiarize themselves with the sea”. Chief of Naval Staff, Vice Admiral A.K. Chatterji “I have always been highly impressed by its achievements in inculcating a sense of responsibility, discipline and a sense of adventure to the youth of the country through sea training.” Flag Officer Commanding Indian Fleet, Rear Admiral S.M. Nanda commented “It is in Institutions such as this that the youth of the country can inculcate and develop the finer points of human behaviour and channel their energy and abilities along the right lines.”

Effort and support from many - the Government of India, the Government of Maharashtra, The Indian Navy, The Indian Army, Mumbai Port Trust, The Municipal Corporation and many who have contributed Wealth, Wisdom and Work has paved the way for the SEA CADET CORPS to be considered as the finest voluntary youth organisation values, skills, sense of responsibility in to the young thorough nautical and allied training.

Over 3000 Sea Cadets in Mumbai are ‘READY AYE READY’ to suitably CELEBRATE the GOLDEN JUBILEE ANNIVERSARY of their TRAINING SHIP JAWAHAR.

TO THOSE WHO WERE MEMBERS OF THE SHIPS COMPANY OF
TRAINING SHIP JAWAHAR ON 10 FEBRUARY 1966 - AN APPEAL TO SEND THEIR PARTICULARS BY EMAIL TO  seacadetindia@gmail.com 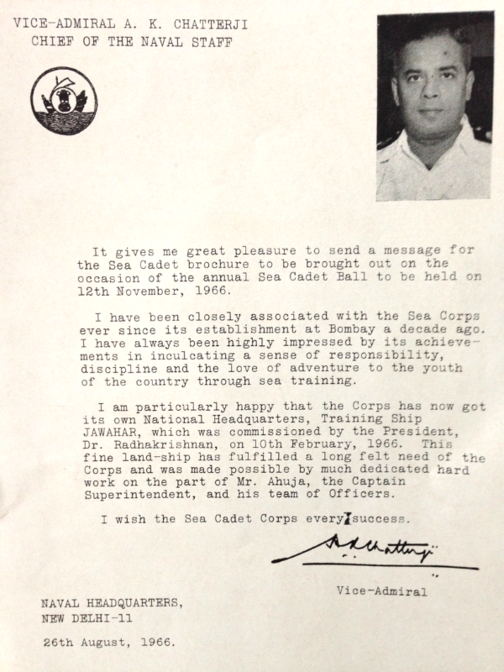 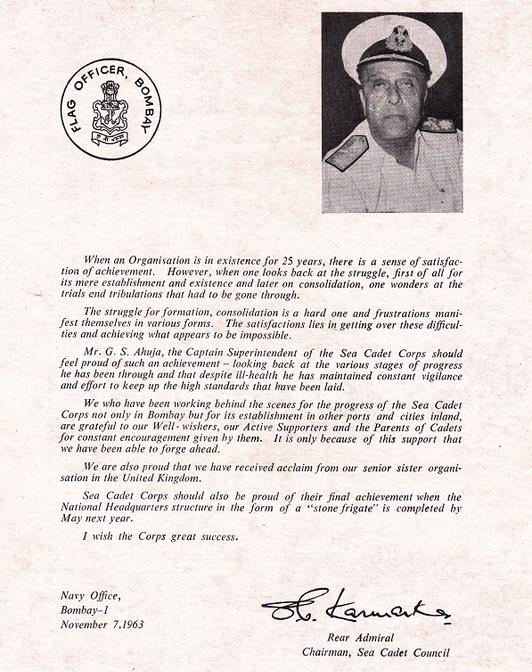 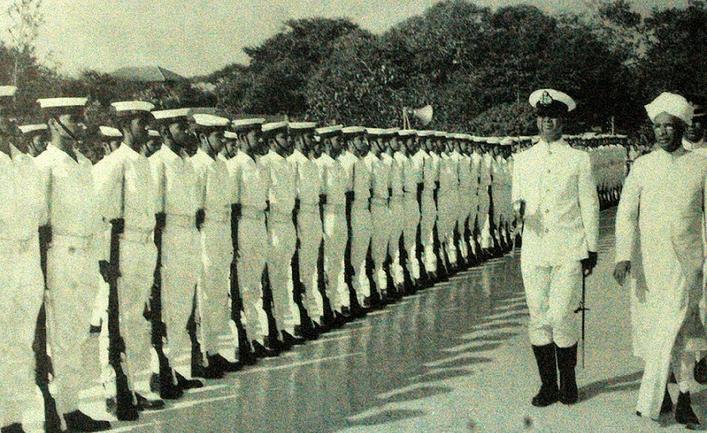 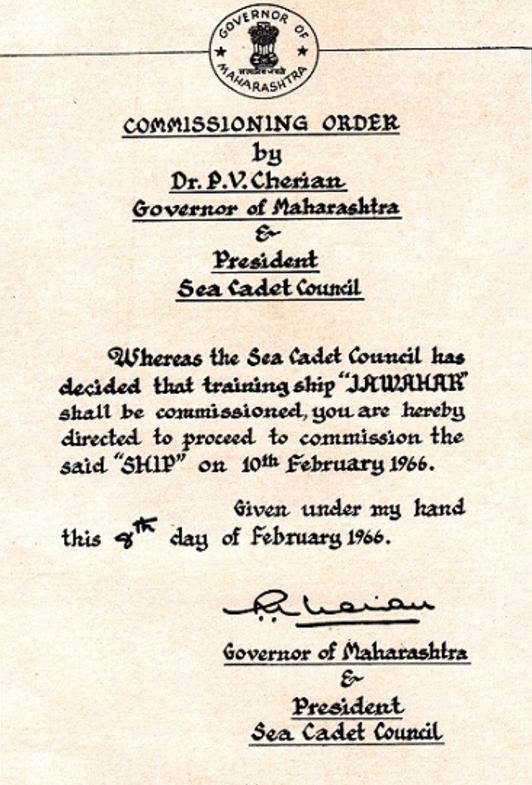 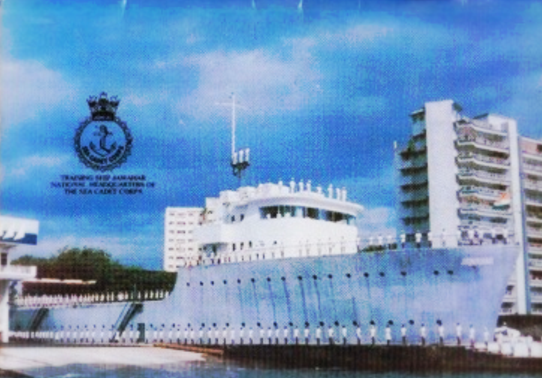 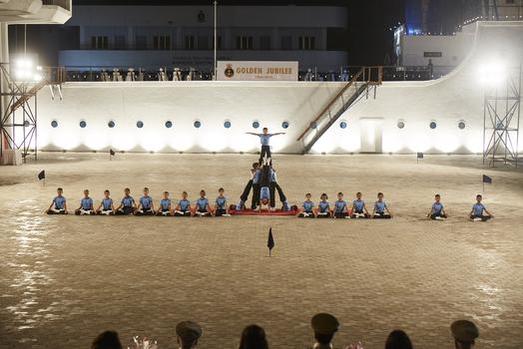 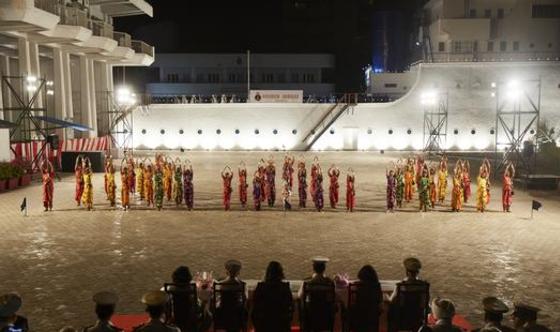 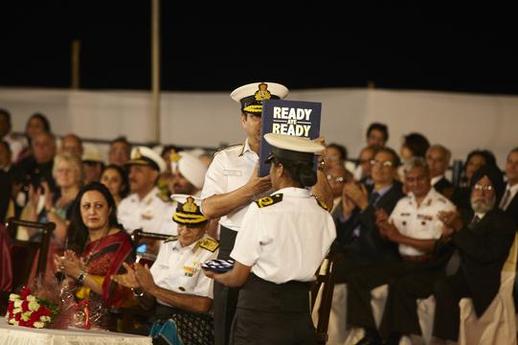 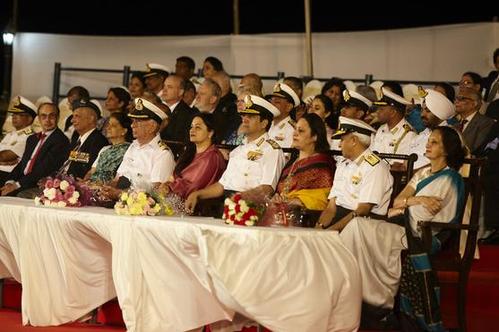 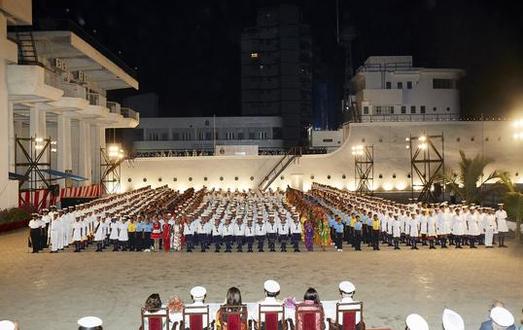 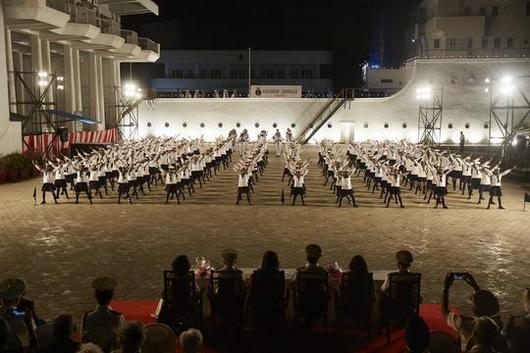 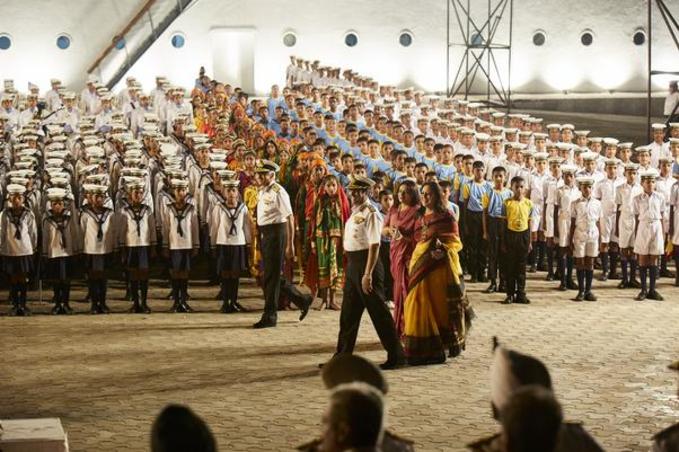